It is pretty hard to believe that it has been two years since the day the talented American singer Juice WRLD passed away. His untimely death at the age 21 marked an end to his beginning successful career. Are you a big fan of the “Come & Go ” rapper? Together, we discover new things about him in this post. 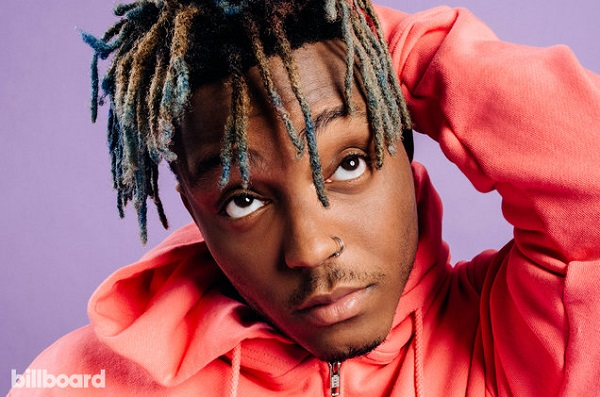 Juice WRLD (Jarad A. Higgins) was born on December 2, 1998, in Chicago, Illinois. Jarad A. Higgins is an American rapper, singer, and songwriter. He is best known for his singles “All Girls Are the Same ”, “Lucid Dreams”, and “Bandit” which featured NBA Youngboy.  Juice Wrld gained mainstream recognition after the release of the single “Lucid Dreams” in 2018, which peaked at number two on the U.S. Billboard Hot 100

To know more interesting facts about this talented rapper, singer, songwriter, let deep into our blog. Are you ready to know more about him? 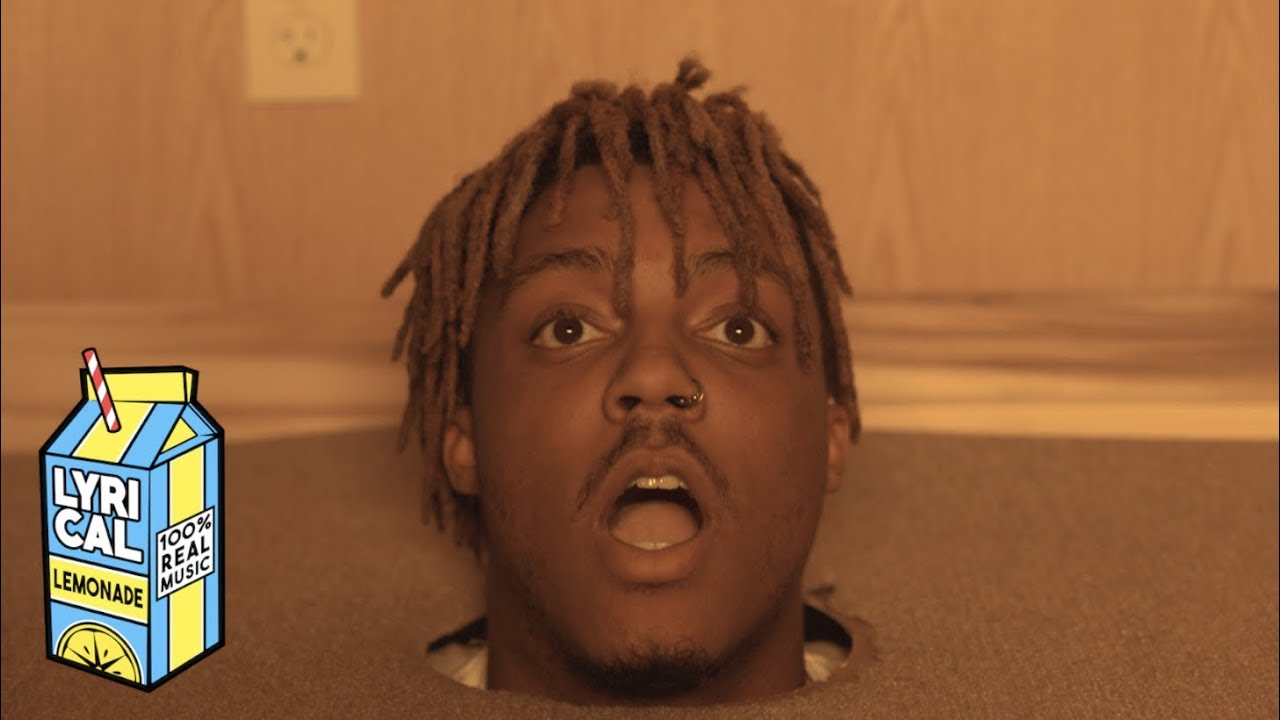 It is an impressive fact that Juice WRLD composed his biggest hit, Lucid Dreams, in under 15 minutes. Super hit, Lucid Dream was released in May 2018, focusing on the mental anguish someone feels after experiencing a break-up. Using a sample from Sting’s 1993 song “Shape of My Heart, he told Vulture that it took him 15 minutes to craft the song. He told NME, “That song is so much more expensive than money and what money can buy… It’s so much more touching than what money could touch.” Being produced in pnly a quarter of an hour, this song has helped him win a triumphant nomination of an MTV Music Video Award and a track that went six times platinum. 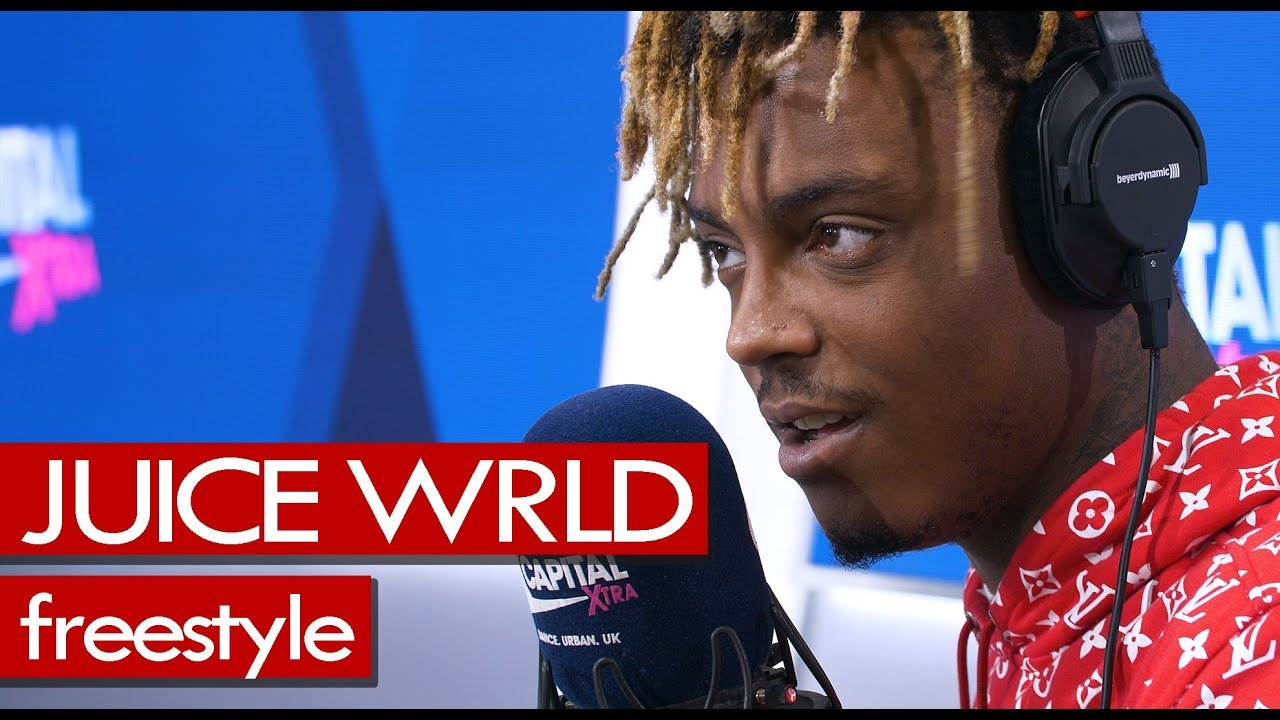 In 2018, Juice WRLD freestyled over beats on the radio for an hour on Tim Westwood TV.  The video remains viral to this day. Juice hopped on Tim Westwood’s studio in Capital Xtra in 2018 and performed a freestyle for over an hour to classic Eminem beats, including The Way I Am, The Real Slim Shady, Lose Yourself, One Shot 2 Shot featuring 50 Cent and D12, and Mobb Depp’s Shook Ones that’s also used on 8 Mile.

In the video, Juice freestyle raps for about an hour and ten minutes straight. It’s pretty fascinating to watch. 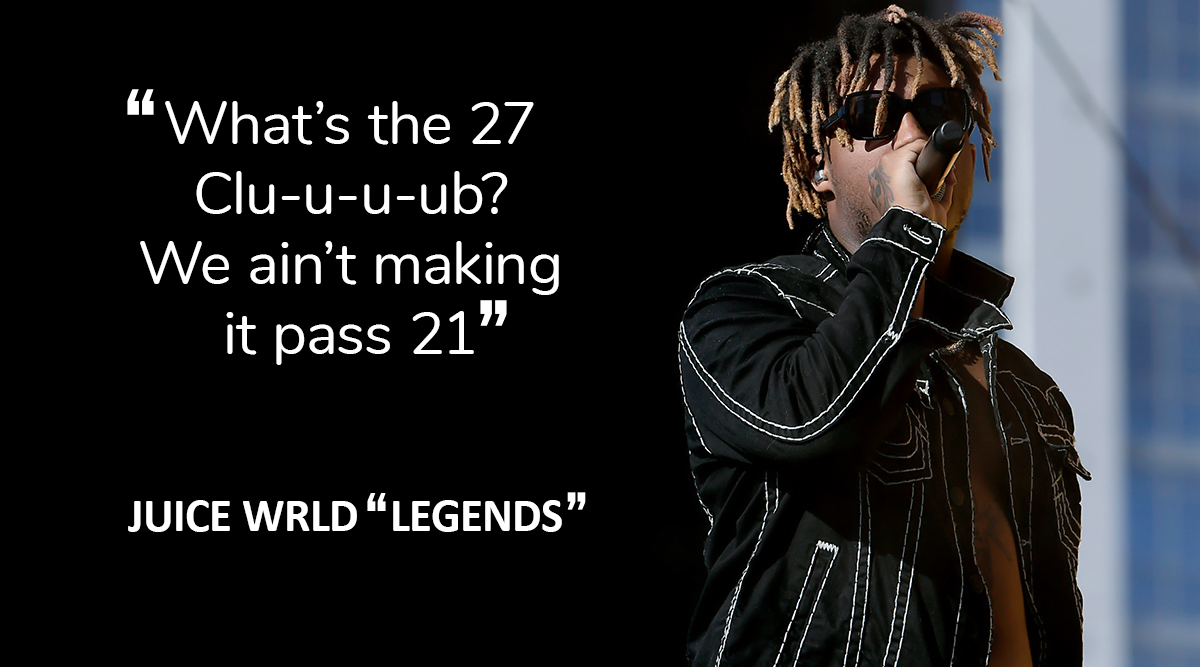 Legends is a tribute song he made for the late rappers, notably X and Lil Peep. The 27 Club itself is an urban story of famous musicians, artists, and actors who all passed at the age of 27, like Jimi Hendrix, Kurt Cobain, and Jim Morrison.  Lyrics included “What’s the 27 Club? We ain’t making it past 21.” 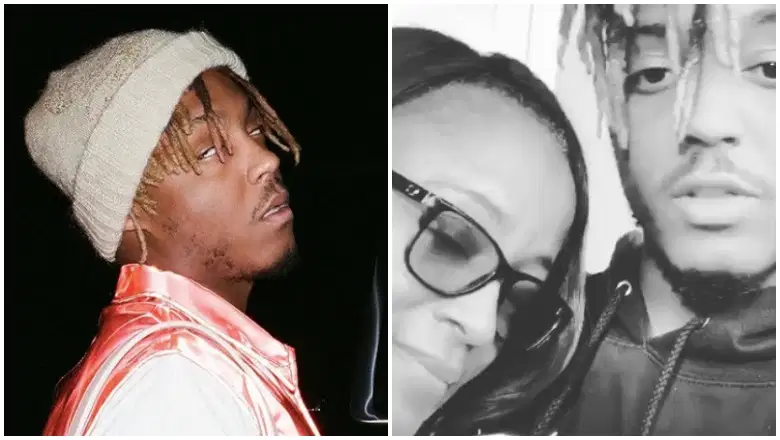 Juice was born on December 2, 1998. His parents got divorced when he was only three, so both he and his brother were brought up by his mother.

He gave a description about his rocky relationship in an interview, “My parents divorced when I was three, and I was raised by my mother.” 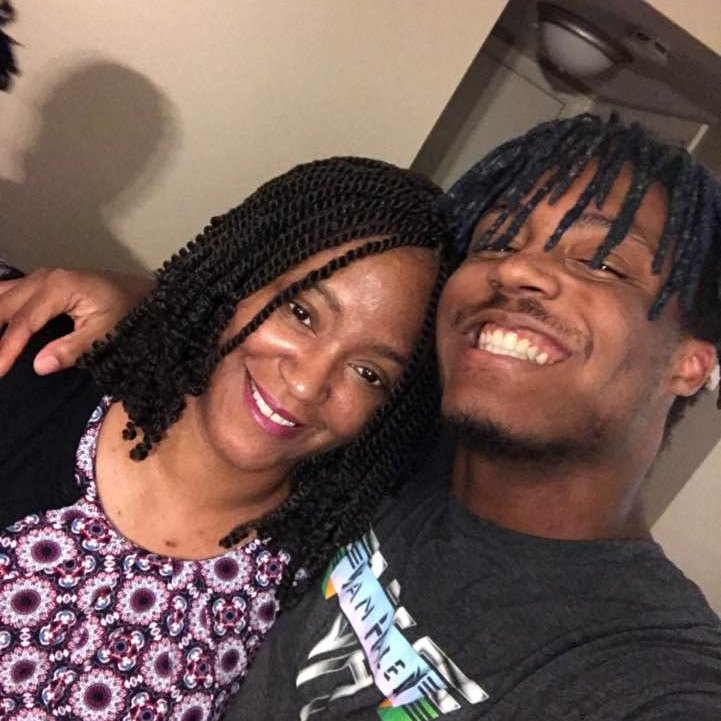 In spite of his promising career in hip-hop, he was banned from singing rap in his home because of his convervative mother. Once, the artist told Complex Magazine, “My mom was real conservative, on some old hardcore Christian.” She was afraid that such music would be negative to his Christian upbringing. He found his calling as a rapper thanks to his cousins, who introduced him to fellow artists Young Jeezy, Gucci Mane, and Chief Keef. Finally, young Briggins picked up interest in hip-hop. The name “Juice WRLD” was inspired by Tupac. Before hitting the radar in the music industry, young Briggins was also a loyal fan of West Coast rap legend, Tupac Shakur. He chose his rap moniker after watching the movie “Juice,” starring the late rapper Tupac Shakur.

That’s some interesting things about Juice WRLD. We hope you were able to learn a few new things about him and if you knew all of these facts already – then congratulations, you’re a hardcore fan of him.

Thank You for Reading Our Article. Hope You Enjoy

Visit our website to read more blog about him.